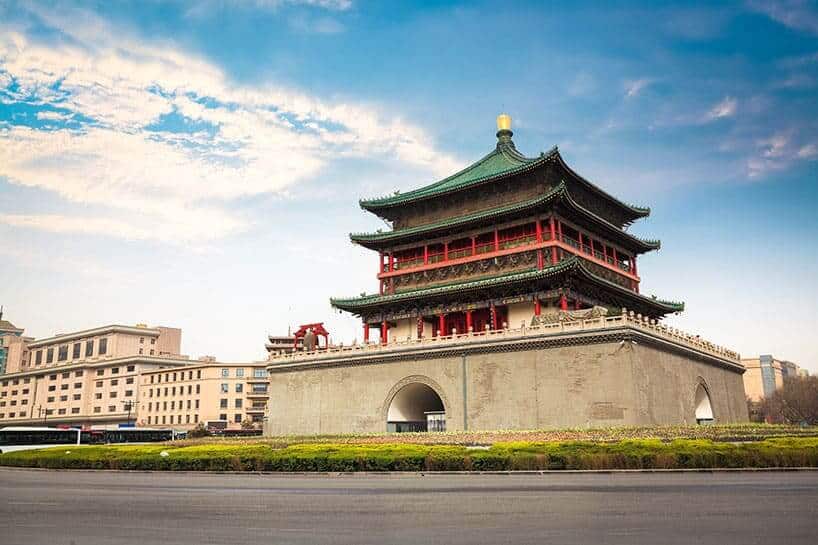 If you want to experience “Ancient Imperial China“, you must travel to Shaanxi. A place where you can take a journey into the past.

In this northern Chinese province you can find most of the imperial tombs of the first dynasties, including the famous Xian Warriors.

Table of Contents show
1 Why visit Shaanxi?
2 What to see in Shaanxi? 🌄
2.1 Xian City
2.2 Terracotta Warriors 🏹
2.3 Imperial Tombs of Xianyang
2.4 Qianling Mausoleum
2.5 Yanan Mausoleum 🐲
2.6 Famen Temple of Baoji
2.7 Mount Hua Shan
2.8 Zhenbeitai Tower
2.9 Hancheng Village 🏡
2.10 Lake Hongjiannao
3 How much would it cost to take a trip to Shaanxi?
4 How to find cheap flights to Shaanxi? 🛫
5 Cheap hotels in Shaanxi 🛏
6 When to travel to Shaanxi?
7 Shaanxi Tours and Activities
8 Travel Tips for Shaanxi 📑

Having been the capital of China for over a millennium (and having been part of the Silk Road), Shaanxi is a monumental province.

Its great importance lies in being indispensable to understanding the civilization and history of China.

Besides, in it we can find mountains worth visiting and a gastronomy of its own.

What to see in Shaanxi? 🌄

Seeing Shaanxi is like taking a trip to ancient China. Therefore, most of the tourist attractions are historical-cultural, although there are also those of natural interest.

If we travel to Shaanxi it is highly recommended to visit Xian. In it we will find a very touristy city in which it is worth noting its wall, very well preserved, and the Great Wild Goose Pagoda.

We can also see the Bell Tower and the Drum and the Muslim quarter. The Muslim religion settled there thanks to the Silk Route.

We can even see a mosque that outside looks like a temple of Chinese architecture, but inside is full of carpets while an imam reads the Koran.

In the third century B.C. (Qin dynasty), the one considered by some historians as the first emperor of China, Qin Shi Huang Di, had thousands of statues of his warriors built.

Each one was different, even with its own features. These warriors would accompany him to the afterlife when he died.

If you want to see them, you can go to the excavations, currently open to the public. You can go by bus from Xian city or hire this private tour.

From Xian to Xianyang you can find a large number of imperial tombs and mausoleums.

In total there are 27 imperial mausoleums, as Xianyang was the capital of 13 Chinese dynasties. It is almost obligatory to see one if you decide to go to Shaanxi.

Here are the remains of one of the most important women in China’s history. This is Wu Zetian, empress who reigned during the Tang dynasty, after usurping the throne.

The remains of several members of the Li family, including those of Emperor Gaozong, Wu Zetian’s husband, are also found there.

Do you want to see the Yellow Emperor’s mausoleum in Yan’an?

The Yellow Emperor is a legendary character of China belonging to the Xia Dynasty. He’s located in Yenan County, which is why he’s named after him.

In addition, it is the oldest Chinese mausoleum and is attached to a temple in whose entrance we can see the oldest cypress in China, according to legend, planted by the yellow emperor himself.

This temple is very important for the Buddhist religion as the only relic of the body of the historical Buddha, Siddhartha Gautama, is preserved here.

It is one of the sacred mountains of Taoism, therefore, in its climbing you will find beautiful temples like the jade temple.

It has several peaks and the visit can last a day or more. You can spend the night on or near the mountain to enjoy it better, or you can take a day trip.

Walking it is not dangerous, although you can risk more if you walk all the way up South Peak, as one of the trails is a small plank road at the top of a cliff.

However, it is not necessary to cross this path if you do not want to or are not sure of doing so. You can take a tour to Mount Huayin from Xian.

The Yulin watchtower dates from the Ming Dynasty and is a central part of the Great Wall of China. From there you can see the desert.

It is a small and very old village (3000 years of history), with a special charm and several points of interest.

Among them, the temple and the tomb of Sima Qian, the first Chinese historian, a very important native of Hancheng.

It’s the largest desert lake in China. In summer, you can go for camel rides and off-roading. It’s a very quiet place in the middle of nature.

How much would it cost to take a trip to Shaanxi?

It all depends on what part of the world you live in. But to make a travel to Shaanxi (7 days all inclusive per person) you can go for the following prices:

How to find cheap flights to Shaanxi? 🛫

When flying to Shaanxi the cheapest thing would be to fly to Xian or Xianyang. Other cities can be more expensive.

Anyway, we recommend you to look for cheap flights to Shaanxi on online platforms like Logitravel and Skyscanner.

Cheap hotels in Shaanxi are very easy to find, as there is no mass tourism in the area yet.

But if you want to travel to Shaanxi as cheaply as possible, look at hotel comparators such as HotelsCombined, Booking and Skyscanner.

When to travel to Shaanxi?

The ideal months to visit Shaanxi for its temperature and good weather are October, April, May and June. This way you are more likely to avoid the rains.

Apart from everything we have told you in this Shaanxi travel guide, you can do other tours and activities in the province. In this link we show you the most interesting ones.