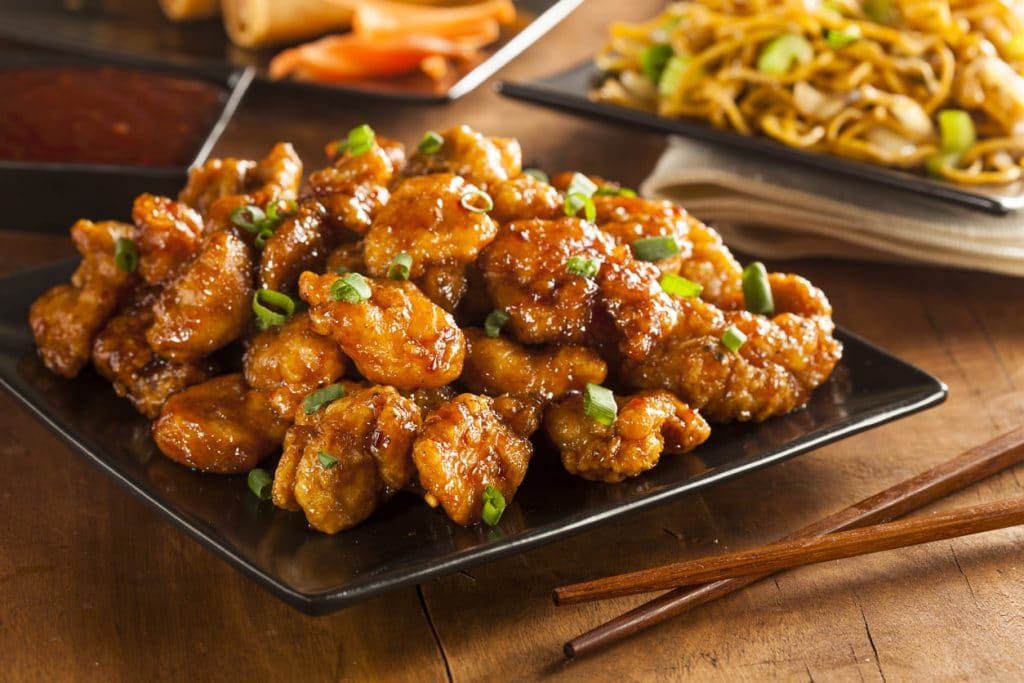 Tasting traditional Chinese food helps you better understand Chinese culture. In this article we will show you 8 dishes of Chinese gastronomy that are very famous within the country, but not so well known abroad.

Don’t expect us to put on the typical three delicious rice dishes, spring rolls, or bittersweet pork that you can find in any “Chinese restaurant” in your country.

In other words, most Chinese restaurants located in foreign countries only serve Chinese food adapted to the taste of Westerners.

Traditional Chinese recipes often use ingredients other than our own, such as soy sauce, rice vinegar, or potato starch.

Chinese recipes aim for a balance of flavours at mealtime. They also differ in the use of sugar in main dishes rather than in desserts.

Jiaozi (or gyozas in Japanese) is one of the most popular Chinese foods. They are a kind of “empanadillas” made by steaming or frying. It are usually filled with meat and/or vegetables. They are usually served with a sauce that is a mixture of rice vinegar and soy sauce. But sometimes it is substituted by hot sauce.

Jiaozi can be eaten all year round, although in Chinese culture it is customary to eat them during the Chinese New Year. These pasties are sealed with the fingers instead of the fork, leaving a different shape to ours.

What should you eat in China? No doubt the duck lacquered Pekingese. It is one of the most popular meals both in China and abroad and is considered a delicacy, and it is made by emptying a duck and filling it with air.

Then covered with a layer of molasses and the duck is hung in an oven.

Bake for about an hour and serve the meat cut into boneless pieces on a plate. The skin of the duck is usually served on another plate.

This dish is famous for being one of the favorites of most foreign diplomats working in China since the twentieth century.

Shark fin soup is a Chinese meal considered a delicacy in the country. This dish is often served during many of China’s traditional festivities, and at family celebrations such as weddings and banquets.

The shark fin is more prized for its exquisite taste than for its somewhat low nutritional value. Before preparation, shark fins are removed from their skin and left to dry. And it can be accompanied in the soup with chicken meat.

Who doesn’t know the famous steamed Chinese muffins or “Mantou“? This food usually accompanies many dishes of Chinese gastronomy. It consists of a bread roll without filling (unlike the Baozi) that is cooked with flour, yeast, and water (and in some cases also with sugar).

This food is originally from Northern China, but its texture and size vary depending on the region and the restaurant where it is served. Here’s a video where we show you how to cook one in just a few minutes.

The wonton soup is one of the most consumed, not only of the Chinese gastronomy, but of all the Asian kitchen. Its name comes from the sachets of pasta filled with pork or seafood contained in the soup, which are called wonton.

The shape of these pasta dumpling is usually very varied depending on the region and the restaurant, but they are always small. This dish is generally consumed in winter and especially in northern China, where it is colder. The soup also contains vegetables.

Zongzi or zong are rice filled starters covered with bamboo leaves which are cooked by boiling or steaming. This small dish has other variants in countries influenced by Chinese culture, such as Laos, Vietnam, and Cambodia.

Traditionally the zongzi is served during the festivity of the dragon ship. This festival commemorates the death of the famous poet Qu Yuan, who was ordered to be killed by an enemy general in the Ancient Age by throwing him into the river. Legend has it that the villagers threw zongzi into the river for the fish to devour the rice instead of the body of the late Qu Yuan.

Gong Bao chicken is one of the most famous Chinese dishes among foreigners. This dish, from Sichuan province, is famous for its spicy flavor. It consists of diced chicken mixed with vegetables, spices, and hot sauce. Sometimes it is accompanied by rice.

The legend of this dish says that an imperial official was on his way to Sichuan and asked for a dish with chicken and spice. A cook created the dish for him, but it didn’t have a name, so the official named it Gong Bao.

Chop Suey or chopsui is a dish that belongs to both Chinese and American gastronomy. It literally means “mixed pieces”. It usually consists of pieces of meat mixed with pieces of vegetables of all kinds.

There are many stories and legends about how this Chinese food was created. But undoubtedly one of the most peculiar is the one that tells that some American sailors were hungry and came in late at night to dine at a Chinese restaurant.

The cook could only serve them the leftovers that were there at the time. And that’s how the Chop Suey dish was created.

In addition to the typical dishes of China, there are others that are among the strangest in the world. And we’re not talking about the famous fried insects and other delicacies of southern China.

A typical meal from China, but on the other side of the world may sound a bit “bizarre“, is the so-called centenary egg or eggs of a thousand years.

This extravagant chinese dish is created by burying an egg in clay, ash or quicklime for weeks or even longer.

Once removed from the ground and opened, we discover that the yolk has turned green and gelatinous. It is considered a chinese delight.

Other little known Chinese foods would be chicken or duck legs, drunken shrimp, or camel meat in the Xinjiang area.

If you want to know how to make Chinese food in your own home we pass you some books of Chinese recipes. You can buy them online at the following links.