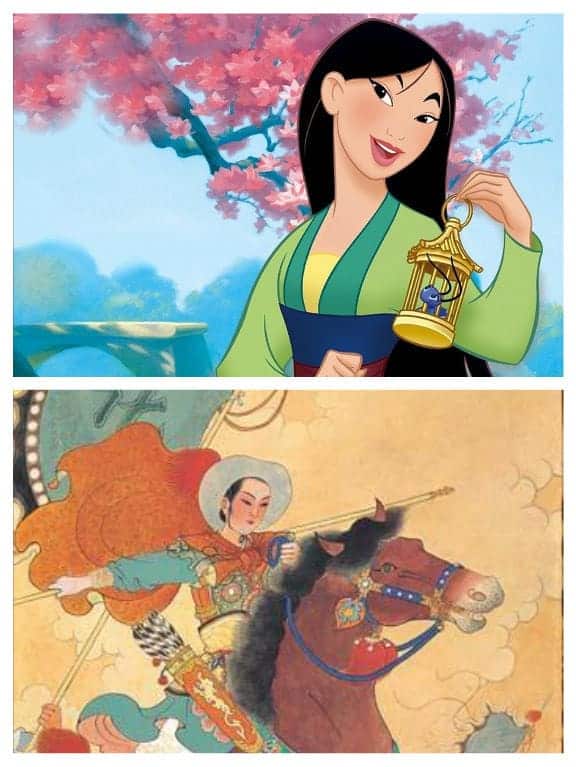 Who was Hua Mulan really?

In Spain and the West we know Mulan because of Disney’s film. In fact, we will soon have the live action version of the film (in March 2020). But who was Mulan really? What part of the Disney film is real?

The truth is that there is no absolute certainty that Hua Mulan existed, she is the protagonist of a Chinese poem that was written during the Tang dynasty. So it could have existed… or not. It could have been a character invented by the poet, who we don’t know who he was either.

The ballad of Hua Mulan 📚

The emperor offers her honours, but she only asks for a donkey to return home. After returning home and being welcomed with joy by her family, she detaches herself from the military suit and puts on the woman’s outfits.

Her army comrades visit her and then realize that they have fought side by side with a woman (in the children’s film her comrades discover her during the military campaign).

However, for the time being, no certainty has been found about the life of this character.

Could Mulan be Fu Hao? 🏹

Another possibility is that Hua Mulan was based on the warrior princess of the Shang dynasty, Fu Hao. Whose history is documented thanks to the discovery of her tomb.

In addition, the Disney film introduces some characters that do not appear in the poem, such as Mushu and the lucky cricket (although it mentions the sound of the crickets, which may have inspired Disney to create this character).

Mushu, on the other hand, was not inspired by the poem. It is simply a family protector, that is, a spirit whose mission is to protect the Fa family (in the film the Cantonese pronunciation of Hua is used as the family surname).

Actually, the character is so old that it is not even possible to document its existence. Although we have the consolation of the discovery of the tomb of Fu Hao, a warrior princess who was real.

The Legend of Mulan: A Folding Book Inspired by...
42,90 EUR
Ver en Amazon