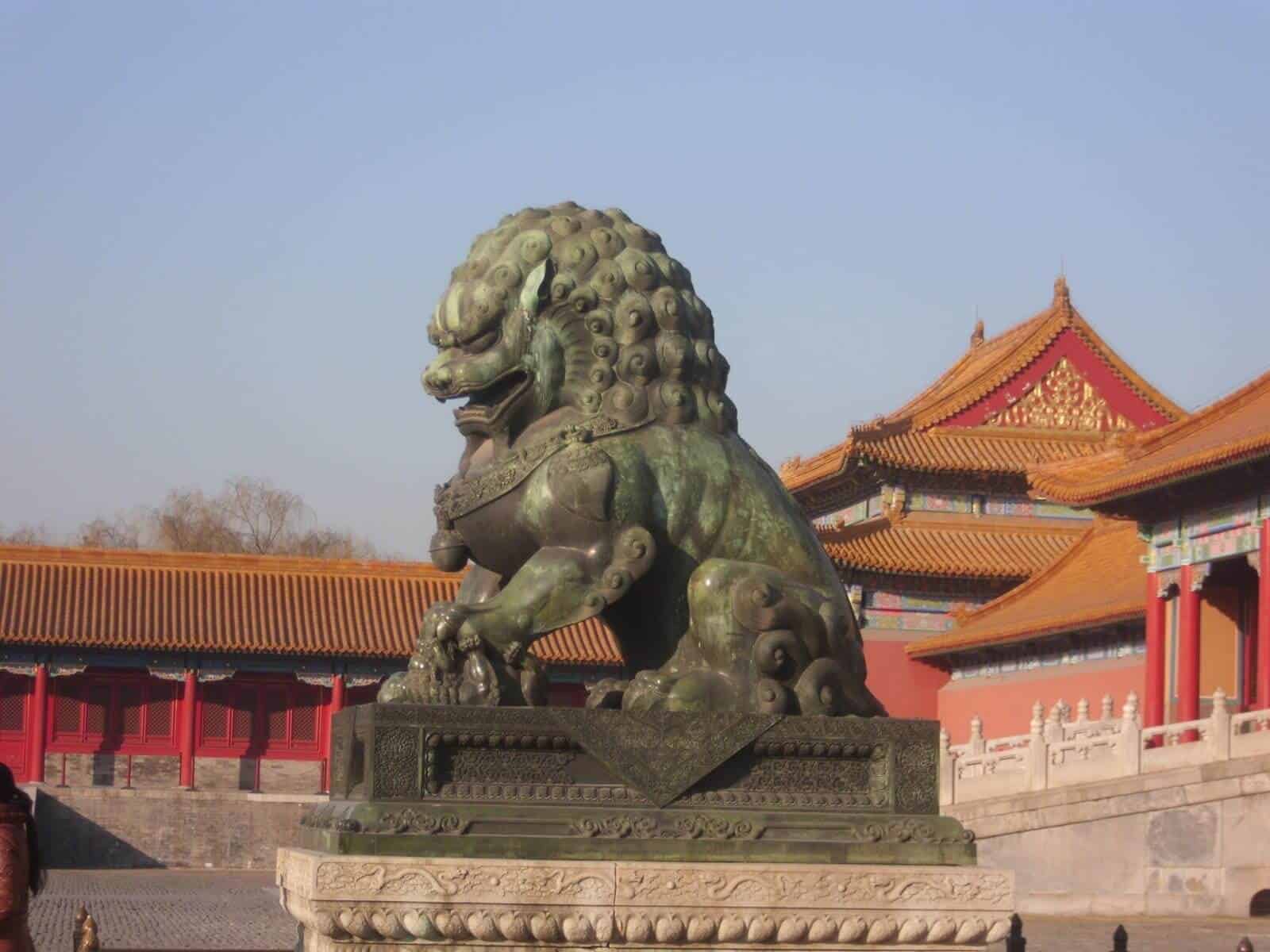 The Lions of Fu are two statues that we can see in some traditional Chinese buildings, such as the Forbidden City of Beijing.

We can still find them in the foyer of a Chinese house. The statues of Buddha lions for houses are small and always blue, like those of the antique article in Portugal.

Table of Contents show
1 What do the Lions of Fu symbolize? 🦁
2 Why are there always two lions?
3 They are not Fu’s Dogs! 🐶

What do the Lions of Fu symbolize? 🦁

But what do they mean? Why are they located at the entrances? Why do some of them look like dogs instead of lions? And why are they always lions?

Well, that’s fine. The Lions of Fu represent the Historical Buddha himself, that is, Siddhartha Gotama. Just as in Western culture the cross represents Jesus Christ, the lions represent Buddha.

The word “Fu” means “blessing” in Chinese, which makes its literal translation “Chinese prosperity lions. They are sometimes mistranslated as Chinese Furies.

The origin of this representation was the symbol of his family, which was a lion. Later, Buddha was depicted sitting on the back of a lion.

In this way he acquired the meaning of protection for houses and other buildings. The two Buddha lions were used for this purpose from the Han dynasty to the end of the Chinese Empire.

Traditionally, statues of Chinese lions are placed in front of the main gate outside the building. It is believed that in this way they chase away evil spirits so that they cannot enter the home.

But nowadays it is becoming fashionable to place them in the entrance hallway (just after the main door), inside the houses, or in the garden.

Why are there always two lions?

Instead of one, two Chinese lions were placed at the entrance to the buildings. One was male and the other female for the simple reason that anything has to have an opposite to be balanced, that is, alluding to the philosophy of Yin and Yang.

This is a perfect example of the coexistence of two philosophical thoughts in a single country: Buddhist and Taoist thought, since Yin and Yang is the symbol of Taoism.

The female and the male, moreover, are easily differentiated. The male is the lion that holds a sphere with its paw with a dominant expression. This sphere represents the world and life.

These spheres are known as temari balls or xiu qiu, an embroidered cloth ball symbolizing the “Flower of Life“.

The male lion holds the sphere because that is the role of men in Chinese society: to protect the world and life.

On the other hand, the female, what she protects near her legs is a baby and has a more submissive attitude (there are times when the male has an open mouth and the female has a closed one).

The brood symbolizes the family. In other words, the role of women in Chinese society is to protect the family.

Both are placed at the entrances of mausoleums, houses, palaces and all kinds of buildings to protect them from evil spirits and to keep them out. They are the Chinese guardian lions.

In some texts they are erroneously called Fu Dogs because they look more like dogs than lions. This was because at the time of representing a lion in China, specimens were not abundant.

So the sculptors had to use dogs as a model, since it was the animal that most resembled the lion. They used large dogs such as Chow-Chow.

Buddha Lions or Fu Lions are still placed in many buildings in a decorative way and in representation of traditional Chinese culture.

In fact, in China many companies, restaurants, banks and hotels have a couple of them at the entrances of their most important buildings.