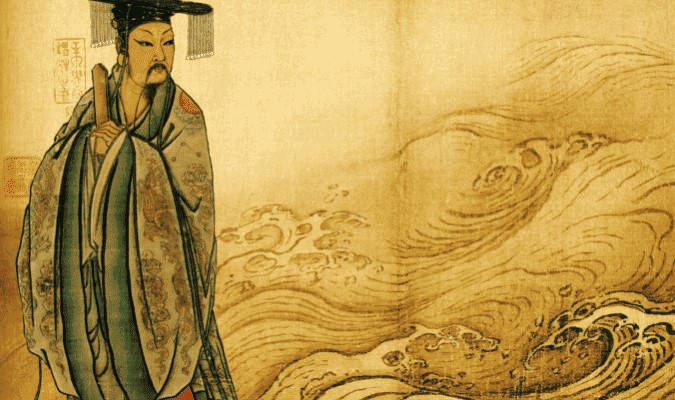 The Xia dynasty was the first of China’s dynasties. According to mythology, it happened to the period of the “Three Augustos and the Five Emperors”.

The Xia ruled from about 2,100 B.C. to about 1766 B.C. The history of the Xia dynasty mixes between reality and myth, with historians considering it real while others think it was nothing more than a legend.

Did the Xia Dynasty really exist? 🤔

Until the middle of the 20th century there was no scientific evidence or archaeological evidence to prove the existence of the Chinese dynasty of the Xia.

But everything changed in 1959 with the discovery of an archaeological site in the province of Henan that transformed the legend of the Xia into reality.

Still, there are many historians who believe that the Erlitou site has nothing to do with the Xia dynasty, but represents a different culture.

We will talk in more detail about this ancient city of the Chinese dynasty Xia at the end of the article.

Location of the Xia Dynasty of China

The Xia ruled the current provinces of Shanxi and Henan.

The domination of the lower basin of the Yellow River allowed them to rapidly increase their population and dominate dozens of different surrounding villages, both culturally and militarily.

Currently the province of Ningxia shares the character with the Xia dynasty (夏; Xià), although they have nothing to do with each other.

History of the Xia Dynasty 📚

Next we’ll talk about the xia story, which blends the legends and myths of thousands of years ago.

Origin of the Clan Xia

Like many other tribes, the xia tribe would live off agriculture thanks to the Huang He river. The Xia clan gradually gained power over time.

But every great dynasty begins with a myth, in this case that of a great flood caused by the overflow of the yellow river that gave life to the Chinese.

From among all the tribes affected by the disaster, Da Yu, also known as Li Yuanhao, or Yu the Great, was chosen. This hero managed to domesticate the river in a task that lasted 13 years.

Once the land dried up again, the tribes chose them as their king for saving them from disaster, thus becoming the first King of the Xia.

Today, statues of Da Yu still exist all over China, always accompanied by a peculiar shovel, symbol of their effort to domesticate the great river and save the Chinese people from the flood.

After the beginning of the dynasty, the Xia prospered by increasing their agricultural production. Later, according to legend, Yu directed an army against the neighboring tribe of the Sanmiao, obtaining a great victory and getting more power for the Xia.

When Yu the Great died, his son Qi succeeded him, and after him a long list of Xia kings that we show you below.

It is said that the last king xia, Jié, was a drunk, vain and evil. He ordered the murder of anyone who contradicted him or who did not like him.

After long years of bad government, the people rebelled against the nobility, led by Tang.

King Jie was defeated and assassinated by Tang, and Tang was proclaimed new king, founding the second dynasty of China, the Shang.

Culture of the Xia Dynasty

We shall now discuss the characteristics of the Xia dynasty and its culture. It is known that the Xia developed an advanced agriculture of several types of cereals at the same time.

Their multigriculture society planted millet when there was drought and rice when there was flooding. That way they made sure they always had a good food supply for the population.

It is known that they created bronze objects with early metallurgical methods, such as the famous base tripods used in religious and state ceremonies.

Its palatial architecture initiated a type of architectural model that would last 4000 years, as the Erlitou site demonstrates.

They were also the first to use loess soil as a cheap building material, turning it into compacted earth used to build walls.

As we can see, the culture of the Xia dynasty was more important than we could initially imagine.

The Xia according to the Chinese Historiography

The only ancient written accounts of the Xia dynasty were those of the Chinese historian Sima Qian, and the Annals of Bamboo.

Sima Qian (145 B.C. – 90 B.C.) collected the names of the 17 xia kings within his great book of Chinese history called Historical Memories, as well as relating the end of this dynasty and the rise of the Shang.

In contrast, the Jizhong Annals represent one of the great classics that was saved from the burning of Emperor Huang Di’s books during his tyrannical rule.

It tells the mythological history of China from the Period of the Legendary Emperors to the time of the Combatant Kingdoms, passing of course through the dynasty of the Xia.

As mentioned at the beginning of the article, the archaeological site of Erlitou was discovered in 1959. According to carbon-14 data, the settlement is more than 4000 years old.

It consisted of a palatial city (where the royal family and priests resided) surrounded by a compact earth wall. In the vicinity of the palace was located the neighborhood of the nobles.

Beyond were the peasants’ houses and an enclosed enclosure that corresponded to a bronze foundry.

It is estimated that the average population of the city was about 22,000 people, which would make it one of the largest cities in the world at its time.

Although many believe that Erlitou may have been the capital of the Xia dynasty, others believe that it was only a great power center of the Erlitou Culture.

Despite this, all historians agree that this city represents the transition between the Neolithic and Shang dynasty in China.