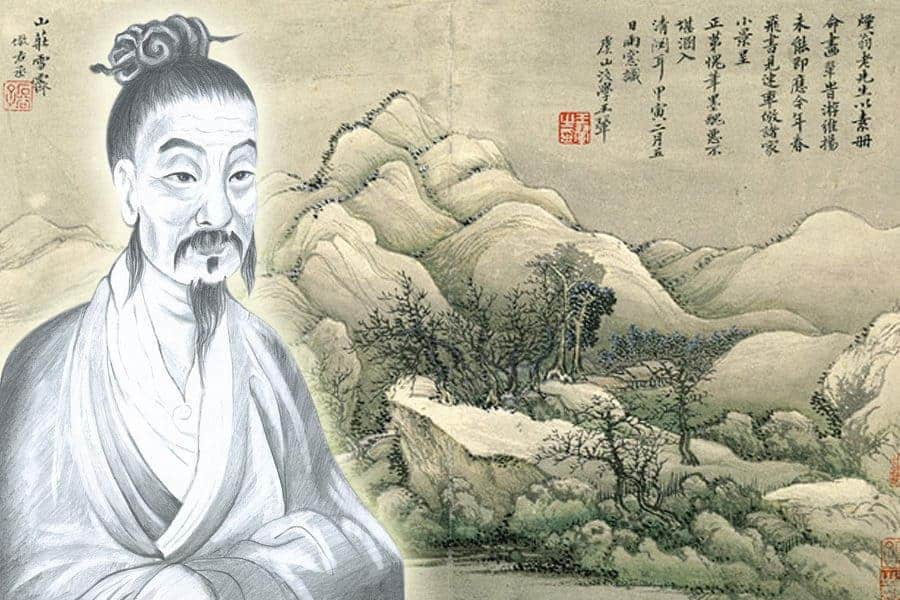 The Shang dynasty is the second in the long list of dynasties that ruled China. They succeeded the Xia and preceded the Zhou.

The Shang ruled the middle and lower basin of the Yellow River from 1766 B.C. to 1047 B.C. They are famous for being a warrior culture, creating beautiful bronzes, and practicing scapulimance and human sacrifices.

How did the Shang Dynasty come about? 🤔

According to Chinese mythology, the Shang were a warrior clan that ruled over several cities in the Huanghe River Valley.

After a bloody rebellion, in 1766 B.C. the Shang clan managed to defeat the last king of the Xia, thus founding its own dynasty.

Many historians consider the Shang dynasty to be the country’s first dynasty because the Xia (the dynasty that preceded them) were little more than a legend.

In fact, at first it was thought that the Shang, like the Xia, were also a myth, but the excavations carried out throughout the 20th and 21st centuries have fully demonstrated their existence.

The meaning of the ancient Chinese word “shang” is not very clear today. It can mean anything from “trade” to “nobility” or “heaven“.

But the truth is that the Shang dynasty engaged in both war and trade with all the neighbouring clans and states throughout its history.

As already mentioned, the Shang dynasty ruled over several cities or “zu” along the Yellow River basin.

There are indications that they founded small commercial towns and border posts in the valleys of the Yangtze and Liao rivers.

This shows that the Shang had immense military and commercial power for territorial expansion in the Bronze Age.

Because its capital was located in the city of Yin Xu, the Shang dynasty is sometimes referred to as the Yin dynasty.

Its capital moved several times to the cities of Zhengzhou and Anyang (the latter being very important for its religion).

History of the Shang Dynasty 📚

Now we will come to summarize the shang history, from its humble beginnings to its bloody final destination.

Ascent to Power of the Shang Tribe

Shang Tang, a vassal of the Xia and leader of the Shang clan, ruled over several cities in China and even became minister to the last king Xia.

Realizing that King Xia Jie was corrupt and evil, Shang Tang tried to advise him to improve the government, but the king ignored him.

Faced with this situation Shang Tang conspired against his king, allying with many other vassals and creating a civil war that lasted for years.

The last confrontation would be fought in the battle of Mingtiao, where King Xia Jie would be defeated and deposed in favor of Shang Tang, who would be proclaimed king of a new dynasty, the Shang.

The first thing King Shang Tang did when he came to power was to lower taxes and recruit soldiers so that the people would recover from the bloody civil war.

He decided to establish the Shang capital in Anyang (now Zhengzhou), where the new royal palace began to be built.

Years later he managed to conquer several border tribes, incorporating them into his new dynasty, which was already beginning to show its military and expansionist character.

When King Shang Tang died, his son Wai Bing succeeded him to the Shang throne. Below is a list of the shang sovereigns, who ruled for more than 700 years.

Due to the depletion of bronze mines, vital to the war industry and religious ceremonies of the Shang people, they began to lose political and military power over the years.

It is said that their last king, Di Xin, left the government to devote himself to earthly pleasures, secluded in his palace.

By raising taxes, both to peasants and nobility, they began to rebel openly in the eastern part of the kingdom.

While the bulk of the shang army appeased the revolt, a vassal clan, the Zhou, took the opportunity to ally with other clans and march with a large combined army to the capital, Anyang.

King Di Xin gathered the men he could and faced the Zhou rebels and their allies in the battle of Muye in 1046 BC.

When the battle was over, Di Xin fled to his palace at Anyang, where he committed suicide by burning all his jewels and his palace while he was inside. The Shang dynasty was over.

Culture of the Shang Dynasty

Next we will tell you about the characteristics of the shang dynasty and its culture. We will talk about their obsession with war and scapulimance, their religion and architecture, until they finish with art in the shang period.

The Shang Warriors and Fu Hao 🪓

The Shang were a highly warlike people, as demonstrated by the numerous archaeological excavations that have brought to light hundreds of bronze weapons, and mutilated bodies of the shang’s prisoners of war.

In addition to spears, swords, axes and daggers, dozens of war chariots have been found in which up to three people could go.

These war chariots gave the Shang a technological military advantage far superior to that of their neighbors.

The more tribes and clans they conquered, the more labor and slaves they got for their forced labor in the construction of new buildings.

Of all the shang warriors, the best known was the warrior princess and General Fu Hao, wife of Shang King Wu Ding. More than 130 weapons and various armor were found in his tomb, demonstrating his military and brave character.

The Shang were also famous for their divinatory rituals through scapulimancy and pyromancy.

The method used consisted of burning part of the shells of turtles or bones of animals until they became sour. Then the priests read the cracks marked in the oracular bone, deciphering the future. This technique is called scapulimancy.

On these bones were written the date, the name of the soothsayer, the question asked to the gods, the answer they gave, and sometimes, if the answer came to be fulfilled or not.

This method of divination was the beginning of writing in China using sinograms, symbols that represent a meaning (either an object or an abstract idea), regardless of its pronunciation.

Bronze and jade were of great importance in the shang dynasty, not only to make and decorate their weapons and vessels, but as a way of demonstrating their political power.

The Shang created a religious relationship with bronze, making it part of the power of the clergy and shang nobility.

Royalty uses bronze as justification for its power, as well as for religious ceremonies and ritual sacrifices.

Highlights include the Taotie, mythological figures in the form of wild beasts sculpted and drawn on the bronze shang and its vases.

Tao Ties became famous in 2016, when they became the main enemies in the Chinese movie “The Great Wall“.

The Chinese Society during the Shang 🌾

Nobility and clergy used both the army and religion to maintain power, with little or no concern for the fate of the poorest in their society.

As for agriculture, it is known that they cultivated millet, wheat, barley and even rice in some areas of the south of the country (where they had more contact with the clans that inhabited the Yangtze).

Although today there are no buildings left standing from the Shang dynasty, archaeological discoveries have shown that they made their walls and palaces with loess rammed earth (as it was a very cheap and easy to use material).

An example of this would be the Deer Terrace Pavilion, which according to the oldest Chinese chronicles, was the royal palace of the last king of the shang, Di Xin.

The existence of a water canal network has also been discovered in the shang capital of Anyang. It is believed that this network served the domestic use of the elite and local nobility.

Inventions during the Shang Dynasty

Although shang is located in a very ancient period of Chinese history, they have already created several “chinese inventions“.

In the first place, the invention of writing by sinograms was very important, through the practice of scapulimancy.

This proto-writing spread throughout China, being assimilated by the other kingdoms and clans of the territory, thus initiating the cultural unification of the country.

Although for the time being only the clergy, the high nobility (and part of the merchant class) were able to use writing. It would still take many centuries for the people to learn to use it.

The shang also invented the first chinese calendars, whose usefulness lay in knowing when to start sowing and harvesting crops to increase agricultural productivity.

Religion in the Shang Dynasty

As mentioned earlier, the shang religion was based primarily on divination and ancestor worship. But they also worshipped other types of very ancient Chinese gods.

They worshipped ancestors so much that they used to make various ritual animal (and human) sacrifices to the spirits of their ancestors.

As a bonus, Anyang was known to be the most important ceremonial city for the shang religion. That is why it was several times throughout its history the capital of this dynasty.

Art during the Shang Period 🪕

Art and music began to develop in China with the shang dynasty. music was used to make sacrifices to ancestors.

Thanks to the development of bronze and craftsmanship, several wind and percussion musical instruments were created. These include the cymbal (percussion) and the xun (wind), as well as various types of drums and bells.

It is also interesting to note the early use of carmine as makeup on the lips and cheeks of women of the shang nobility.

Were human sacrifices made in the Shang Tombs? 💀

As terrifying as it is to us today, yes, the Shang made human sacrifices.

These were done mainly for two reasons; to honor ancestors and gods, or by killing the slaves of a great nobleman when he died (to accompany him to the hereafter).

One example is the famous and rich tomb of Fu Hao, the warrior princess. At her burial, in addition to thousands of bronze pieces, were also found the remains of 16 slaves and 6 dogs sacrificed to accompany her in the afterlife.

In the tombs of shang kings, even sacrificed war horses have been found along with their riders and battle chariots.

The Shang according to the Historian Sima Qian

Sima Qian, the great Chinese historian of the 1st century B.C. compiled in his volumes of the “12 chapters of Benji” the history of the shang kings along with those of other ancient dynasties such as the xia and zhou.

This work has been very useful for modern historians to learn more about the habits of the ancient shang dynasty. However, it is worth mentioning that some of its data are mixed with legend and fantasy.

Archaeological Discoveries of the Shang Dynasty in China

Many historians doubted the existence of the shang dynasty until well into the 20th century, when the oracular bones used by these and the famous shang bronzes in their multiple tombs began to be discovered.

In today’s Chinese city of Zhengzhou, in Henan province, an archaeological site was discovered in 1951 that seems to have given birth to the culture of Erligang, the precursor of the Shang.

This site is located very close to one of the ancient capitals of the shang. A great wall of rammed earth of 7 kilometers surrounds the city, in whose outskirts were the artisan workshops where the bronze was worked.

But even more interesting are the ruins of Yin Xu. These are near Anyang, and have been declared World Heritage by UNESCO.

Eighty buildings and numerous palaces from the shang dynasty have been found here. These palaces marked the basic architectural style to be followed by the later dynasties.

In addition, it is the site of Fu Hao’s tomb, and here there are dozens of graves with hundreds of skeletons without skulls (prisoners of war). The heads, it seems, were offered to the gods.

It is also the site where most oracular bones have been found throughout China (commonly known as dragon bones).