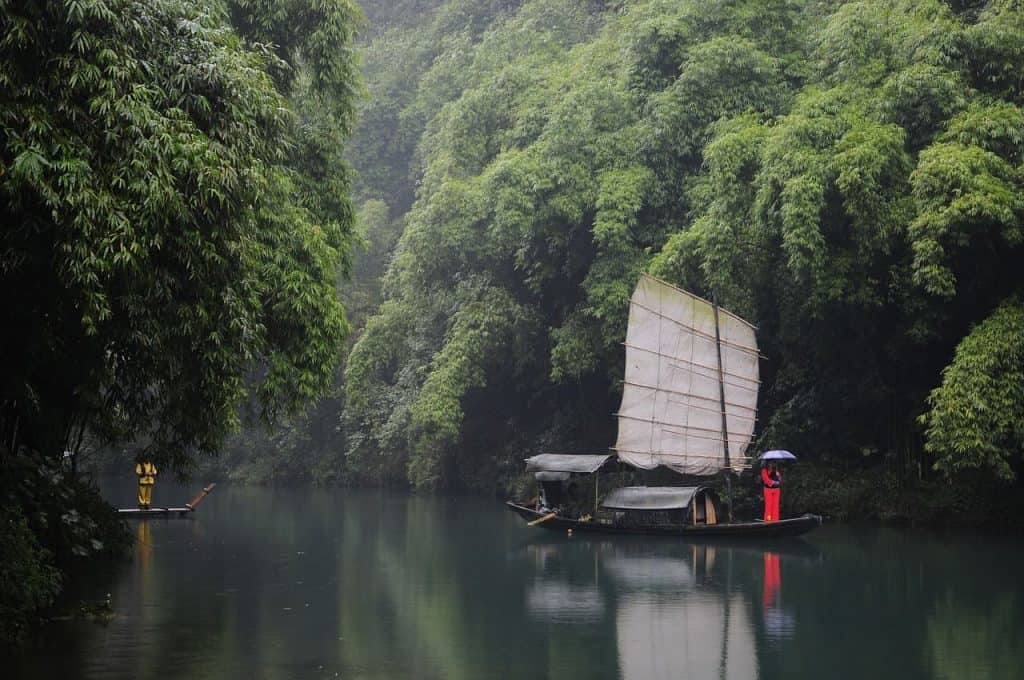 Rivers are very important for any region and shaped the creation of cities in antiquity, since in those times it was more difficult to transport water to irrigate crops.

The legend of the Four Dragons 🐉

This is one of my favorite Chinese stories. It originated in Zhejiang province and explains the creation of Chinese rivers in Chinese culture:

At first there were no rivers or lakes in China. There was only the eastern sea, which was guarded by the 4 Chinese dragons: The Great Dragon, the Yellow Dragon, the Black Dragon and the Pearl Dragon.

One day they decided to leave the water to fly over the skies and explore the world. At first they had a great time, but then the Pearl dragon, which was the fastest, stopped dry.

An older woman held her grandson in her arms and shouted: Help! We are starving! The whole landscape looked dry and the crops did not bear fruit.

Ten days passed, when the dragons decided to take another look at the Earth and see what had happened.

But the people were even hungrier and more desperate. The 4 dragons realized that the Jade Emperor did not intend to help anyone, so they had to look for a solution on their own.

So did the dragons. They sprinkled seawater on the Earth, and so it rained. People jumped with joy, shouting:

The emperor of Jade was furious to make it rain without his permission and sent to capture the 4 dragons. He even called the Mountain God and ordered him to make a mountain appear on each dragon, so that they would be trapped forever.

The goddess Xin Jing, goddess of Courage, felt sorry for the dragons and was furious, as the punishment imposed by the emperor seemed very unfair. As he had no lack of courage, he went to see the Emperor of Jade.

Thus, despite the sacrifice of the dragons, the Chinese could enjoy the water of 4 great rivers: The Heilongyang (Black dragon), the Huang He (Yellow dragon), the Changjiang (Great dragon) and the Zhujiang (Pearl dragon).