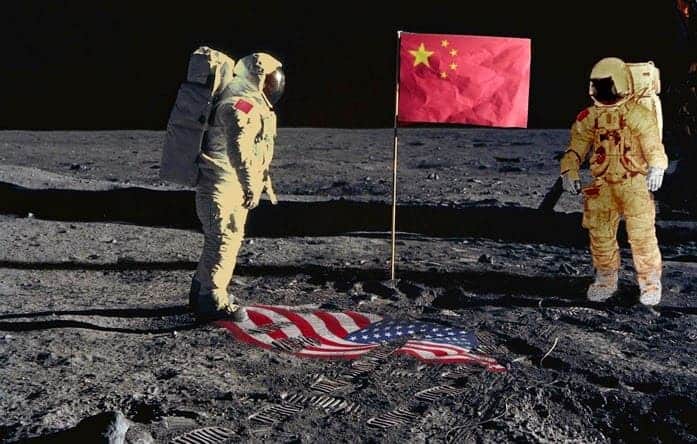 The Chinese Space Race is booming. A few weeks ago, China became the first country in the world to bring a probe to the surface of the moon’s hidden face. But how has the Asian giant surpassed other space agencies like NASA or the Russian Space Agency?

Table of Contents show
1 When did the Chinese Space Race begin? 🚀
2 The First Chinese in Space 🐲
3 The Future of China in Space 🛰

When did the Chinese Space Race begin? 🚀

China began its space journey in the midst of the Cold War in 1970, launching its first satellite, the Dong Fang Hong I. From that moment on, the communist government of that time would try to “bring” the space race into the Chinese culture of the 1970s.

The first Chinese satellite was launched from a secret base in the Gobi desert. And once it was in orbit it began to broadcast the “East is Red” song as political propaganda.

The Chinese government spent over the years and decades more budget on aerospace research, launching numerous satellites and unmanned spacecraft in the 1980s and 1990s.

The First Chinese in Space 🐲

Yang Liwei reached Earth’s orbit on October 15, 2003, taking off from the Gobi base in the “Long March 2F” space rocket. The ship in which the thaikonaut was located was called the Shenzhou 5 (Divine Ship).

Later China got its first “space walk” in 2008 and the first space laboratory in 2011. But the big challenge for China was to get its first space station of its own, the Tiangong (Heaven Palace) in 2013.

The Future of China in Space 🛰

Getting a probe launched into the moon’s hidden face is just the beginning of a series of long space missions that China’s National Space Administration has planned.

In 2019 alone, China plans to launch more than 50 spacecraft into the cosmos, in addition to launching another lunar probe, Chang’e 5. By 2022 they plan to complete their third space station, Tiangong 3.

But among their most surprising missions are a manned mission to the Moon by 2030, or even take a space probe to Mars, with no official date yet.