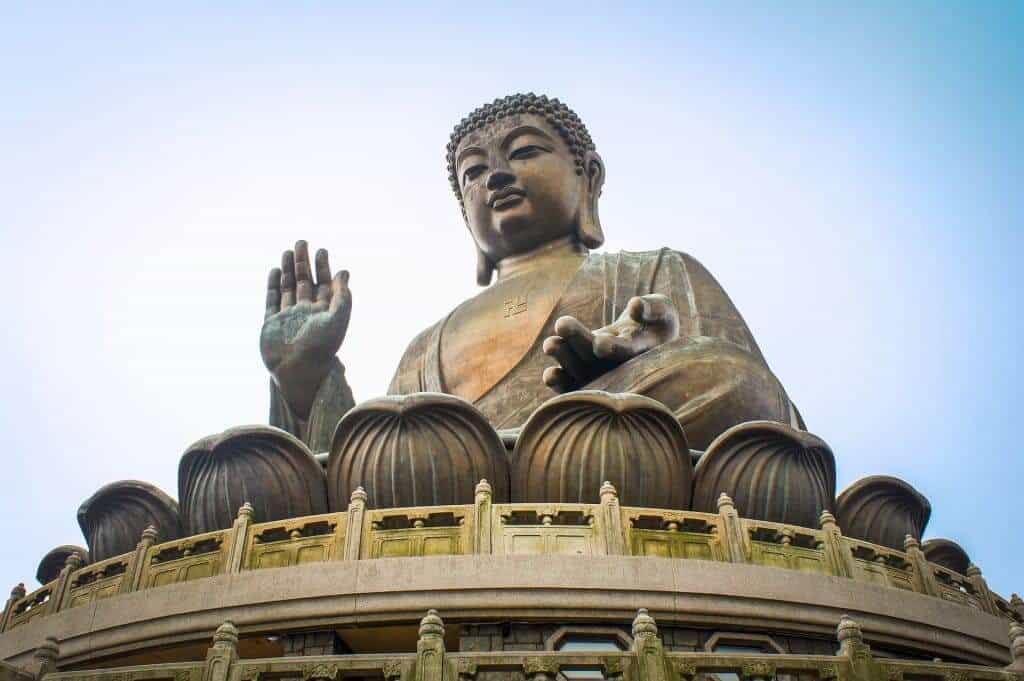 There is no official Chinese religion, as Chinese culture understands that religion is purely personal and private. Therefore, in China there are many different religions that respect and interpenetrate each other, creating a religious syncretism unique in the world.

As we have already mentioned, in Chinese culture religion has always been a personal matter. In China there are no concepts of religious conversion, heresy, paganism, etc. This has allowed a multitude of religions and philosophical thoughts to flourish in China. And if we take into account the religious traditions of ethnic minorities in China’s geographical space, the list becomes endless.

There is no majority religion in China, as many Chinese profess several of these religions at the same time. Or they are considered spiritual persons not attached to any particular religion.

Still, we leave you a list of the main religions of China, and their year of emergence or entry into the country:

Traditional Chinese religion is the religion of the oldest Chinese culture of all. It is not known exactly when or how it arose, but it is estimated that between 3000 and 2000 BC.

It is a polytheistic religion with certain shamanic elements. Its religious practices include worship of the Sun, Moon, stars, nature, and ancestor worship. There are also some practices that in the West we would consider “witchcraft”.

This religion has a great syncretism with Buddhism, Confucianism, and Taoism. Its religious pantheon contains both Chinese, Buddhist and Taoist gods. It is one of the least organized religions in China, its characteristics and rituals differ greatly from province to province. Although it always prevails its most important element, the cult to the ancestors.

Confucianism was the first organized religion in China to emerge in that country. But many people don’t really consider it a religion, but a philosophy (myself included). Confucianism is a moral and religious thought created by Confucius in the 6th century BC.

The doctrine of Confucianism is based on the worship of ancestors, the harmony of the cosmos, funeral rites, respect for family members, and good state government toward the people.

In the religion of Confucianism, a father who did not know how to impart respect in his family is just as bad as a ruler does not rule with wisdom and respect for his people (thus losing heaven’s command). These two negative aptitudes go against the natural order in Chinese religion.

The pillars and norms of Confucianism were compiled in the Four Books and the Five Classics by the followers of Confucius after his death.

The Chinese religion is also based on Taoism, a philosophy of life based on the book of Tao Te King by Lao Tse. Like Confucianism, it is not strictly a religion, but a set of rules and lifestyle to follow.

Taoism is based on the absolute and at the same time divisible unity of Tao, a symbol formed by Yin and Yang. The Tao is translated in Chinese as “way”, “way” or “force”, and is the principle that governs the cosmos.

Yin represents the night, the humidity, the woman, the sea, the fragile and the subtle. Whereas Yang represents the day, the dry, the man, the earth, the strong and the abrupt. Everything in the universe is made up of Yin and Yang which in turn forms Tao.

In the Chinese religion the Tao is very difficult to understand, not even those who read the Tao Te King and study it for years come to understand it completely. In part this is something that must happen, because according to Lao Tse, founder of Taoism, the Tao cannot be fully understood. For the very mysterious nature of Tao prevents us from doing so.

Buddhism is an important Chinese religion, being one of the most practiced in the country. Buddhism is a non-theistic religion (that is, it does not believe in any God) based on the thought of Siddhartha Gautama.

Siddhartha was an Indian monk who “broadly” promulgated spiritual liberation or personal enlightenment by avoiding one’s “personal desires”. This being the only way to reach complete happiness in life and death.

But let’s not explain what Buddhism is, but how Buddhism is characterized in China. Buddhism was introduced from India in the 6th century BC. Once he arrived in China, he came across the religions of Confucianism and Taoism. These, like Buddhism, promulgated honesty, kindness, harmony, peace, and compassion.

Buddhism began to do what it always does when it arrives in a new country, syncretizing with foreign religions. It adopted the Chinese gods in its own pantheon by posing as bodhisattvas. That is, people who have reached enlightenment in life. In this way the three religions lived together in peace for most of China’s history.

Christianity first came to China in the 9th century AD. The first Christians to arrive in China were the Nestorians, a heresy of the Orthodox Church in the Middle Ages. They broadly promulgated that God and Jesus were two divided entities.

The first Catholics did not arrive until the 12th and 12th centuries, especially with the arrival of Marco Polo at the court of Kublai Khan in China. At this time there was a great acceptance of Christians and Muslims in the capital, thus creating the first Archbishopric in Beijing. Although this was destroyed with the fall of the Yuan dynasty.

It was not until the 18th and 19th centuries that the first Protestant Christians arrived in China from the Ming dynasty. Today Christianity in China only represents 4% of the population. Although it is picking up an accelerated rate of growth in recent years.

The Chinese religion always accepted other religious thoughts on its territory and Islam is no exception. It entered China for the first time in the 10th century, precisely through the same area through which Nestorian Christians entered a century earlier.

By the middle of the 12th and 13th centuries Islam had already converted a large part of the population of today’s Xinjiang province in China. Today the Uighur ethnic minority in that province is mostly Muslim. Only mosques can preserve Islamic art in China. Because they did not allow any kind of pictorial representation of their God and prophet Muhammad.

But it is curious to note that the Chinese mosques do not seem to be in the eyes of a Westerner or an Arab, but rather look like Taoist temples from outside. This is another proof of the great religious syncretism that exists in Chinese culture. As a last fact, currently the Muslim population in China only reaches 2%.

Other Religions of China

In addition to the majority religions, other religions share China’s demography. Among them are Judaism, Zoroastrianism, Manichaeism, Falun Gong, Tibetan Buddhism, and Moism. In addition, there are dozens of religions belonging to multiple Chinese ethnic minorities, especially in the south of the country.

The Chinese Government’s Position on Religions

The communist government of the country has no official Chinese religion. But according to the laws of the country, every religion must fulfill three pillars. Accept Chinese culture, not be led by foreigners, and swear submission to the Chinese Communist Party.

This puts foreign religions at serious risk, especially Abrahamic religions, i.e. Christianity and Islam. It is known that in the south of the country some churches are destroyed by order of the government without prior notice. And the Uighur Muslim population of Xinjiang province suffers continuous government abuses. What some international bodies call religious persecution.

In short, the Chinese government is officially agnostic and atheist. But it allows religions as long as they can be 100% controlled and monitored by the Party. Always trying to avoid the growth of foreign religions that are not very controllable.