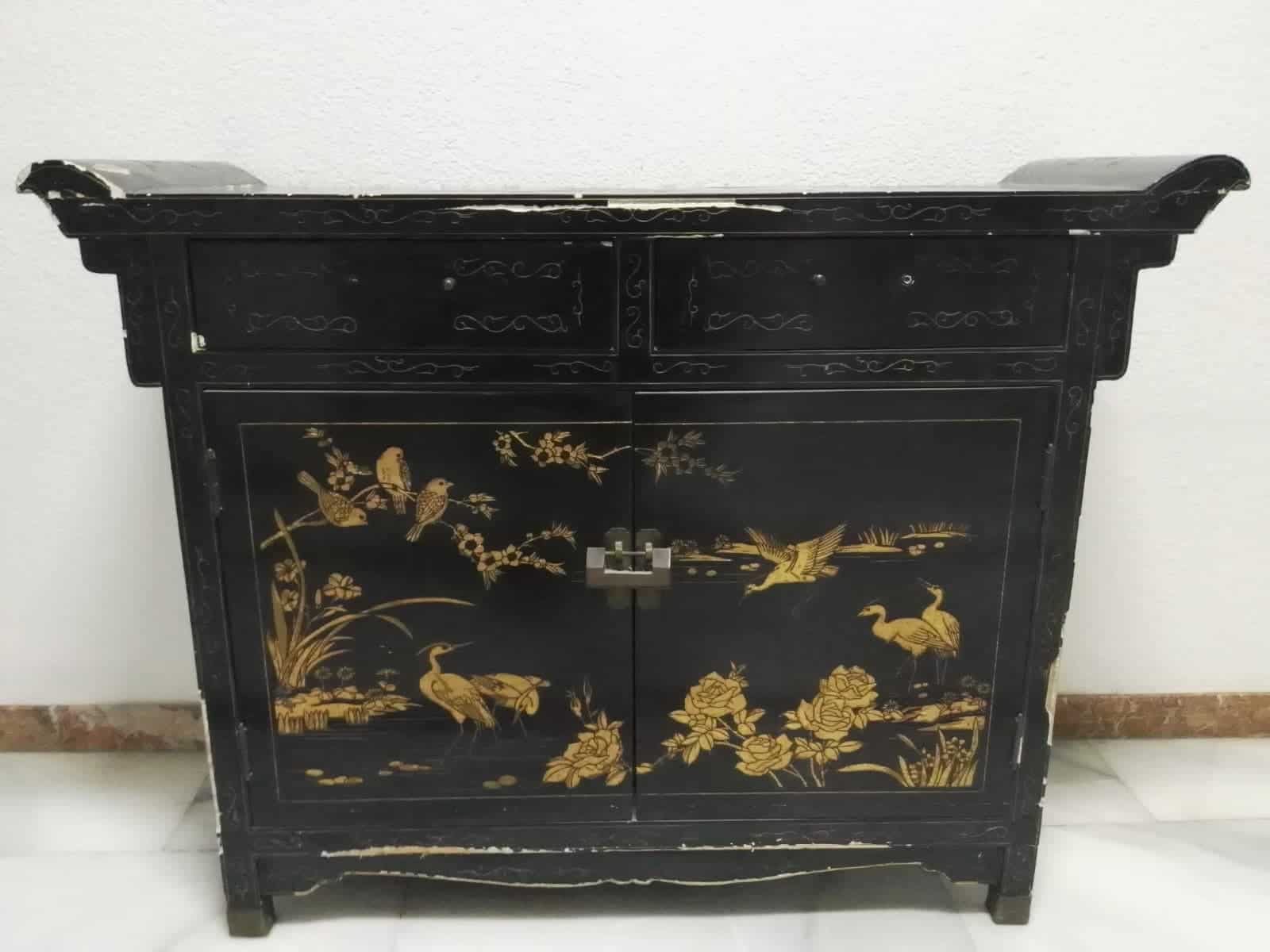 When I came up with the idea of doing this article and photographing traditional Chinese objects from several nearby homes, I didn’t think I’d find so many things and so varied.

Of course, I have discarded any of our objects, given away by us or by Chinese friends. In other words, they are things that belong to “normal” people, who don’t study Chinese culture and don’t have any blood ties with any Chinese.

These objects are simply there because they liked them and they could find them in Spain, wherever it went (a bazaar, a flea market, etc).

Why do we have so many Chinese objects? 🤔

In the 16th century, trade with East Asia began by sea. Large galleons (such as the Manila Galleon) transported spices, porcelain, Chinese tea, silk textiles, and lacquers from Asia to America and Europe.

Of course, in Europe these objects were much more valuable and expensive, so only wealthy nobles could afford them. Therefore, Chinese objects became fashionable and denoted a higher status.

That is why we still find more Chinese objects than we expect in Western houses.

What Chinese objects have we found? 🐲

Next we show you a list of all the traditional Chinese objects that we have found with their respective photos.

Who doesn’t have a Chinese calendar at home?

They’re usually given to us in adapted Chinese restaurants. There are them with all kinds of traditional images of China: The Great Wall of China, Chinese palaces, the Chinese horoscope, Buddha, Chinese gods, etc…

It is something that has come to us thanks to globalisation and the Chinese diaspora.

The presence of figures from the Chinese representation of Buddha is becoming more and more frequent. Westerners are increasingly interested in Eastern religions such as Buddhism.

Chinese style buddhas (not to be confused with Indian style Buddha figures) are easy to find in any decoration shop or bazaar.

This one has embroidered Chinese natural details like the typical plum tree and also a viewpoint of Chinese architecture. We can buy them in some bazaars.

It is enormous and is decorated with the image of a phoenix, which is one of the sacred beings of Chinese mythology. It is a symbol of peace, virtue and the symbol of the empress. This vase is made to be used for decorative purposes.

The figure of a Chinese

It is a ceramic sculpture of bulge that represents an old Chinese man with his conical hat.

He wore a black qipao, which was the dress established by the Qing dynasty (a Manchu dynasty in China). The black color in the clothing was reserved for the elderly. Therefore, it exactly represents an old man of the Qing dynasty.

These shot glasses are used to drink Chinese liquors such as the flower liquor (Kuei Hua Chen Chieu). It is a liqueur made with osmanthus flowers.

These have the Chinese character of 10000. That number symbolizes longevity and the limit of things.

It’s a teapot for everyday use. After some research, I have discovered that the women who appear in it are the daughters of the jade emperor, the so-called 7 heavenly goddesses.

The smallest of them is Zhinu, protagonist of the legend of Chinese Valentine’s Day.

I found a complete tea set and authentic porcelain. It stands out for its bluish glow and the figure of the Long (a type of Chinese dragon).

But… What’s a pai pai doing here? That was my reaction to finding a traditional Chinese fan in a western house.

Turns out it’s a curious and beautiful object for us. In this we can see a beautiful Chinese woman in a Hanfu (traditional dress of the Han ethnic group).

What surprised me the most was some Chinese wooden furniture.

Not only do they present typical scenes of traditional Chinese art (a Chinese courtly garden and a lake with cranes), but they also differ from Westerners in the shape of the furniture. They are very rich in details. I’d like to know where they were purchased, but it’s not possible.

There are people who own these objects because they like Chinese culture, but most of them are there for their beauty. And many times, the owner himself is not aware of their provenance, nor of the elements that appear in them, nor of their true meaning.

What Chinese objects have you found in Western homes?