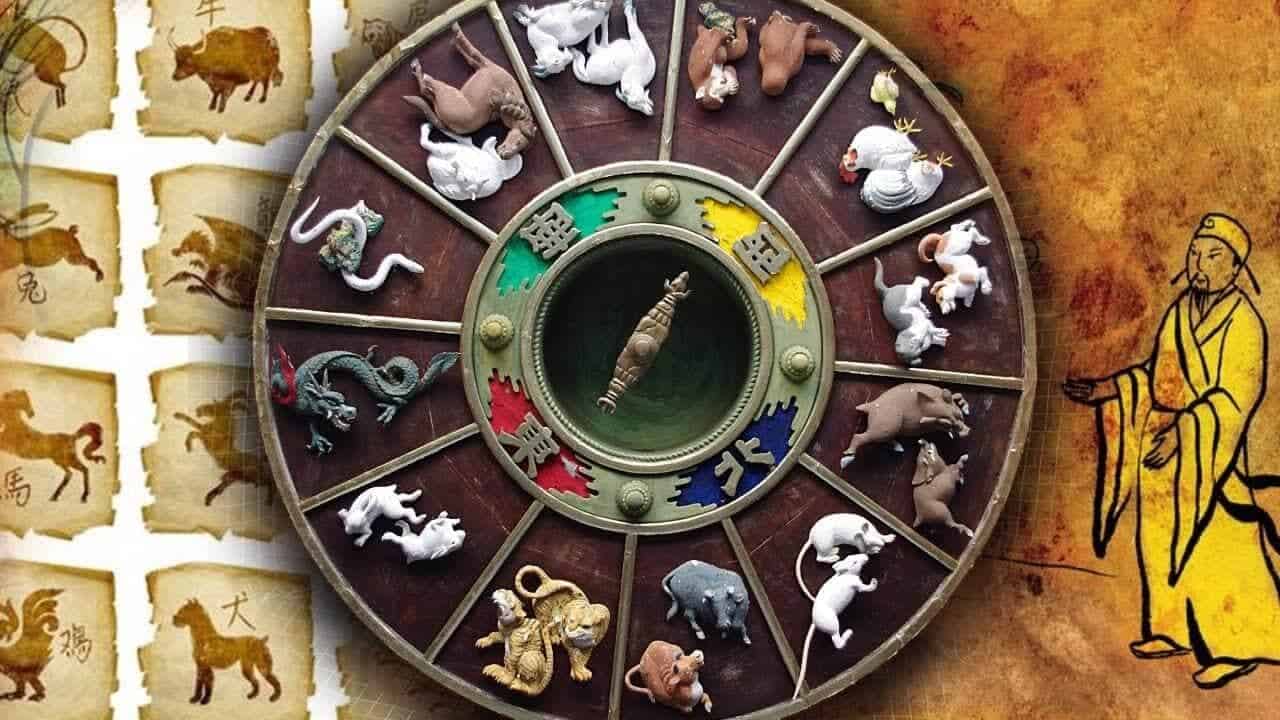 The Chinese do not use our same horoscope system in astrology. They have, for a long time, had their own chinese horoscope.

Table of Contents show
1 What are the 12 animals in the Chinese horoscope?
2 The legend 🐭
3 The rat, the ox, the tiger and the rabbit
4 The dragon, the snake, the horse and the goat 🐲
5 The monkey, the cock, the dog and the pig
6 What happened to the cat? 😺
7 The personality of each animal

What are the 12 animals in the Chinese horoscope?

The so-called Chinese horoscope has 12 animals in a certain order. Namely; the rat, the ox, the tiger, the rabbit, the dragon, the snake, the horse, the goat, the monkey, the cock, the dog and the pig.

Each animal corresponds to one year. When the 12-year cycle is over, the first animal, the rat, begins again.

Why is the order of these animals so important? The answer is in the legend.

The Jade Emperor wanted to appoint 12 animals as his guardians. To find out which 12 animals deserved such an honour, he sent a messenger to Earth.

This heavenly messenger announced that the next day a race would take place to the emperor’s palace.

The twelve animals that arrived first would be named as the 12 guardian animals, and with a higher rank as soon as they arrived.

It was dawn and the rat got up very early to get to first. However, halfway through, he found a river blocking his path.

The rat waited and saw the ox arrive. He quickly jumped on his back, and the ox did not care. He just wanted to continue towards the palace. This way he could cross the river.

The rat, the ox, the tiger and the rabbit

The rat was very clever, so when they were about to arrive at the palace, he jumped up and ran fast, with the first one arriving. The ox came in second.

The tiger and the rabbit are very fast animals, although the rabbit is very small and had to use logs and stones to cross the river. Therefore, the tiger, because of its strength, was third and the rabbit was fourth.

The dragon, the snake, the horse and the goat 🐲

The dragon, majestic, came fifth. The Jade Emperor told him that the sixth animal would be his son, but the son of the chinese dragon did not arrive.

Instead, the cunning snake arrived and claimed to be the dragon’s adopted daughter. Because of her cunning the emperor gave her the sixth place.

The horse and the goat met on the way, but they were very humble and kind animals to each other. They arrived at the palace peacefully and were the seventh and eighth.

The monkey, the cock, the dog and the pig

The monkey jumped in and came in ninth. Although the goat, the monkey and the rooster made a good team along the way and benefited each other. The rooster was tenth.

The dog could have arrived earlier but he entertained himself by taking a bath. So the eleventh arrived.

The Jade Emperor was about to close the palace gates behind the dog, but then he saw a little pig.

The pig had started the race by feasting on food and taking a nap, although he managed to arrive just in time to get the twelfth position.

What happened to the cat? 😺

Well, there are two versions:

In one, the cat asks the rat to tell him the next day, the day of the race, to go with her to the jade palace. The latter, fed up with the cat, takes revenge by taking it away alone and leaving it to sleep.

In the other version, the cat climbs on top of the ox with the rat and the ox agrees to carry them on its back. But anxious to get to the first one, the rat decides to push the cat, throwing it into the river water.

The cat arrived last at the palace of the jade emperor, but having only twelve months it could not become an animal of the chinese zodiac.

Since then, the cat and the rat have hated each other.

The personality of each animal

The personality of each animal is shown in the Chinese horoscope legend. The attitude of each one during the race corresponds to the personality.