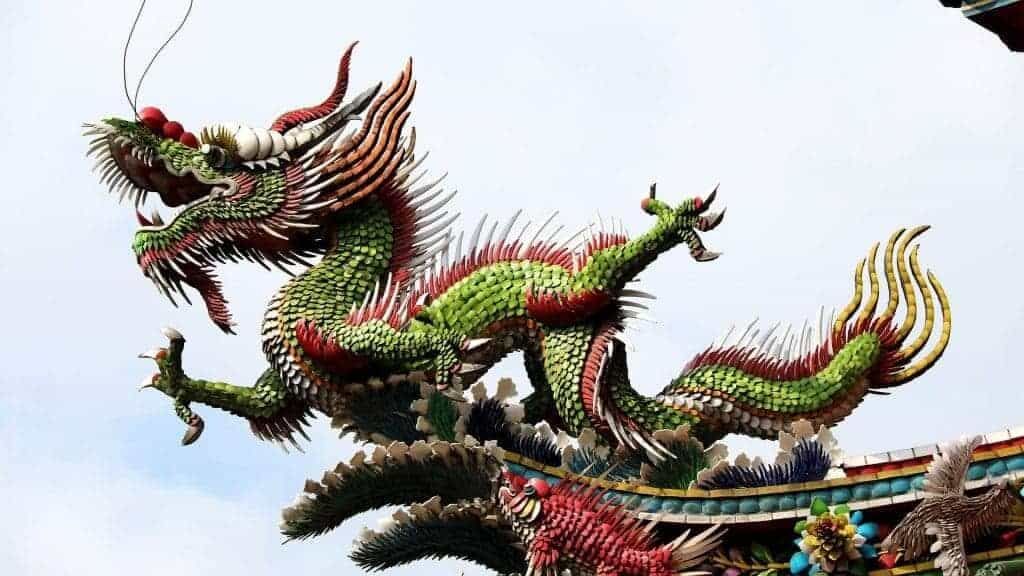 Chinese culture is one of the most complex and ancient in the world (going back more than 5,000 years) as it has a large number of customs and traditions in a large geographical area, not only within the country, but also outside its borders, throughout East Asia.

Location and Origin of Chinese Culture

But according to Chinese mythology, its culture began 5,000 years ago with the Yellow Emperor or Huang Di, one of the Five Augustos or founders of China.

This mythological emperor would be the founder of the Xia dynasty. As you will see later, mythology and history in China are mixed many times.

If anything characterizes the history of eastern Chinese culture with the others is that it is the only one that has a recorded history of more than 5,000 years. The history of China has been recorded in thousands of documents, analyses, books, relics, national records, etc…

The most famous historian of China was Sima Qian, who recorded all the history of China from its origins until the first century BC.

Many aspects of the culture of the “Kingdom of the Centre” were created by mythological emperors and their wives according to tradition.

The Ancient Age was the most influential in the Chinese culture of all. In this period, the creation of scapulimance, and bronze and jade objects found in the burials of some nobles and kings of ancient dynasties are noteworthy.

They were also used for human and animal sacrifices (horses and dogs). One of the most famous is the tomb of the first historical emperor of China Qi Shi Huang Di, in which the famous terracotta soldiers are found.

One of the characteristics of Chinese culture is its dynasties. Its history is not told by centuries or epochs, but by dynasties and emperors.

According to the Chinese dynastic cycle, when the ruling dynasty loses the “Mandate of Heaven“, people have the right to rise up and create a new dynasty. Heaven’s command refers to good government.

Below is a list of Chinese dynasties in chronological order.

There is not one official religion in Chinese culture, but several. The main ones are Buddhism, Confucianism and Taoism, although many deal with philosophies or thoughts.

These three “religions” are inclusive, that is, they do not contradict each other, unlike the Abrahamic religions (Christianity, Judaism and Islam).

In fact, each dynasty and emperor chose his personal religion when governing, but the religion of the court and the people could be different from that of the ruler. This allowed a great religious syncretism in China that is still maintained today.

The time of greatest mixing of religions was during the Yuan Dynasty, when the opening of the Silk Road allowed Christianity and Islam to enter China.

Chinese mythology is very extensive. In fact, there is no single myth of creation, but several. One tells that Fuxi and his wife Nuwa, mythological beings half human, half snake, created the world.

Fuxi gave men a code of laws (similar to that of Hammurabi in Sumeria). Nuwa on the other hand created humanity on the seventh day from clay. These two beings signify the duality of the universe, something that would later take Taoism to create Yin and Yang. Other Chinese mythological beings are the Chinese dragon and the phoenix.

Chinese writing originated in the Xia dynasty through escapulimance. In their origin they were symbols that the shamans wrote in the shells of turtles after cracking them in the fire. A legend says that it was created by a minister of the Yellow Emperor.

The current Chinese script are pictograms and ideograms composed of more than 50,000 characters in total, although only about 8,000 are currently in use. During Mao’s time, the government succeeded in reducing the use of Chinese characters with great success.

It is a way of understanding Chinese culture itself, and it takes years or even decades of practice to achieve perfection in any of the five historical styles. Chinese calligraphy is now a UNESCO Intangible Cultural Heritage.

China’s large territorial extension creates the situation that there are some 56 distinct ethnic groups and several linguistic groups in the country. Due to this, China’s languages number an incredible 292. Although the country’s official language is standard Mandarin Chinese, which is the most widely used by the population.

Although multiple dialects and different languages are spoken in China, most ethnicities and cultures use the same type of writing, which is unique in the world.

That is, they use the same Chinese characters to write any concept, idea, or thing, even if it is pronounced and said differently in the neighboring province. This allows them to communicate more easily even if they don’t speak the same language thanks to Chinese writing.

Traditions and Customs of Chinese Culture

There are many festivals and traditions in Chinese culture. One of the most important is the Lunar New Year, or Spring Festival. This is celebrated between January and February (the first day of the first lunar month) and lasts about two weeks. The festival is characterized by red lanterns, dragon parades and fireworks.

Another popular festival would be the Qingming Festival or festival of the Chinese dead. During this festival the cemeteries are visited, food offerings are made and prayers are said for the deceased relatives.

Another of the most famous is the Dragon Boat Festival, where there are competitions and boat races in the shape of dragons in the rivers.

Chinese gastronomy usually uses a lot of cereals such as rice and millet. Food is divided into Yin (fruits and vegetables) and Yang (fried, roasted, with spices, meats, etc…).

Chinese foods seek a balance between the five basic flavours, i.e. sweet, salty, sour, bitter and spicy. They also use many types of spices and sauces. Chinese tea is the most important and consumed drink in the country.

Traditionally Chinese food is eaten with many people around a large round table. Courtesy is very important. For example, you can’t serve yourself drinks, but you should let others serve it to you and serve it to others.

Liqueurs and alcohol are usually drunk only at celebrations and parties. And of course, all Chinese food is consumed using chopsticks.

The traditional dress of the most important Chinese culture is hanfu. It is worn by both men and women, although they vary by gender. Hanfus have changed with the passing of centuries and dynasties, becoming lighter and more refined.

Although nowadays traditional costumes are only used in ceremonies and national holidays, since the majority of the population dresses the same as in the West.

The original hanfu consisted of a tunic and a narrow skirt. These were of various colors, each color having a different meaning. One of the curiosities of Chinese culture is that the color yellow could only be used by the emperor (in reference to the Yellow Emperor).

While red was used at parties, purple for the emperor’s grandchildren and young women, black only for the elderly, and white was worn only in mourning.

Although during the last Chinese dynasty, the Qing, the population was forced to wear the qipao. This was a suit similar to the hanfu, but narrower, and with cords on the sleeves and neck. It was usually made of silk, although other materials were also used.

Chinese culture is one of the most artful to mankind. Whether in the form of painting, poetry, music, opera, dance, architecture, etc… Currently China is the second country with more World Heritage declared by UNESCO, only surpassed by Italy. Although all the analyses indicate that it will be the first in a couple of years.

Chinese painting began in ceramics and cave paintings, but later began to paint on silk at the time of the “Fighting Kingdoms” (fifth century BC).

The most commonly used colors were red and green, which led to Chinese paintings becoming known as Dan Qing.

These paintings depicted flowers, birds, landscapes, animals, portraits and court scenes. With the arrival of Buddhism in China, fresco painting began. It dealt with religious themes. The murals of the caves of Mogao are very famous.

Music and Dances of Chinese Culture

Mythologically Chinese music was created by Linglun. This mythological being was also the discoverer of musical tones. Historically, the origin of Chinese music comes from other parts of East Asia, although it is not known with certainty.

The type of music most used in China in antiquity is heterophonic, coming from the Han ethnic group. Heterophony consists of making variations from a melodic line.

The Beijing Opera is the most famous in China. The songs are of a very high and maintained tone, accompanied by string instruments and percussion. It is characterized for being a very rhythmic and repetitive music.

With respect to Chinese dances, these are counted by the thousands according to the city and the region. Two of the most important are the dragon dance and the lion dance.

China has been one of the world’s great building civilizations, and still is today. In fact, China possesses one of the seven wonders of the world, the Great Wall of China.

It began to be built in the 5th century B.C. although it would undergo several reconstructions and enlargements throughout the history of the nation. The wall not only served as a defense against the nomadic peoples of the north, but also as a means of East-West communication.

The Grand Canal, the longest canal in the world built to connect the Yangtse and Huanghe rivers more than 2,000 kilometers away, stands out.

Ancient Chinese culture would only consider poetry as literature, excluding all other literary genres (unlike in the West). This would remain so until the 20th century. Some of the most prominent authors were Li Bai, Du Fu and Wang Wei.

Contributions and Inventions of Chinese Culture

China is the country that has given more inventions to the world statistically speaking. Its inventors has shared the following contributions to humanity:

China has endured many cultural changes throughout its history, but the Communist Revolution and the Great Cultural Revolution were the greatest cultural shocks the country has ever suffered.

Today’s Chinese culture continues to change, opening more and more to the West, but always preserving its communist past in politics and its ancestral roots in the family.

In its most advanced cities you will find skyscrapers and people of all ages doing tai chi in the streets, gourmet restaurants next to the typical Chinese food stalls. People dressed in Western clothes go to visit a Buddhist or Taoist temple.

Overpopulated cities and villages hidden from the outside world. Deserts and rainforests. China is Yin and Yang itself, always showing that duality in all its facets.