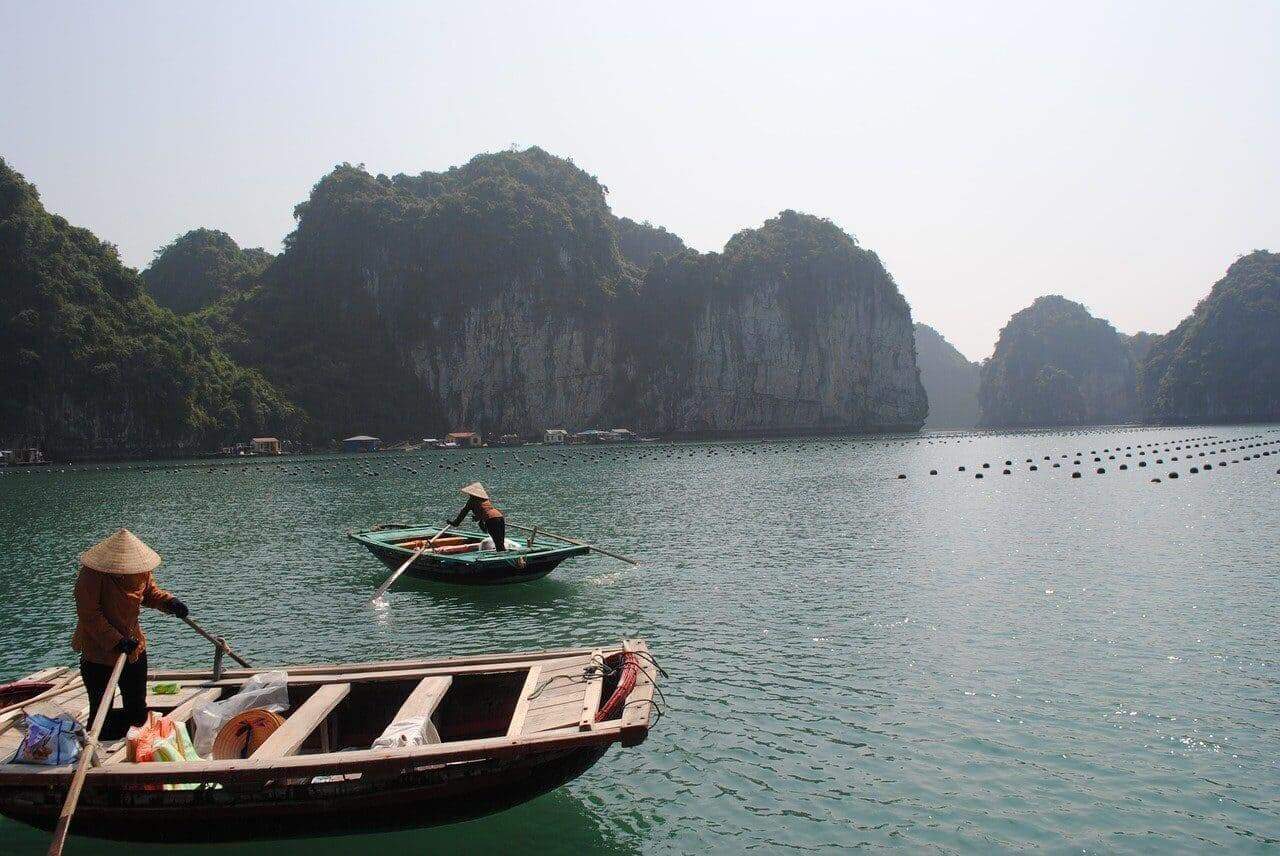 China’s rivers can be counted in dozens across its vast territory. Its tributaries and streams by the hundreds.

But today we will talk only about China’s most important rivers, what they are, and why they have influenced its culture and history so much.

The Importance of Rivers in China

The first chinese dynasties settled along the Yellow River, which is located in the north of the country. But other ancient cultures, which would later be assimilated by the Chinese, populated the banks of the Yangtze River in the south.

Both rivers are positioned as the most essential in the Chinese geography, since they functioned as the main source of food, transport, fertile soil and fresh water.

Every spring, these two great rivers overflowed, destroying crops, houses, and even drowning their inhabitants. For this reason they were called “the great pain“.

The rivers gave life to the Chinese people, but they also took it away when their fury struck them.

Those closest to the Yangtze River built most of their houses in the highlands to keep them safe.

The people near the Huang He (or Yellow) River did not have high ground, so they had to build their homes on stilts to hold up during the flooding seasons.

This continued until the arrival of the hero Yu the Great of the Xia. Thanks to him, the Yellow River tribes joined together to create large flood-control dams.

Life and crops according to the river 🌱

Life was not the same in all Chinese rivers. Each had a different type of land, which made it easier to grow one type of crop over another. Let’s see what they are.

The Yellow River (or Huang He) is often referred to as the ‘cradle of chinese civilization‘, since it is in its vicinity that Chinese culture originated up to the present day.

Its name comes from the peculiar yellow soil (or loess). It is almost 5,000 kilometres long and is the sixth longest river in the world.

Farmers discovered that it was special for harvesting different kinds of children, but farmers focused on raising cattle and sheep.

History suggests that Chinese civilization was born on the banks of this river with the Xia dynasty. Books such as the “Classic of Rites” and the “Records” of the great historian Sima Qian attest to this.

After several attempts to stop the floods, they created channels to redirect the water to the sea, passing through the fields first.

Taking the problems of the floods off their shoulders, they were able to produce large amounts of food and expand their crops.

The Yangtze River is more than 6,300 kilometers long, being considered the third longest river in the world, and one of the most influential in the development of China’s culture and civilization.

The land through which it passes was the most important and richest in all of ancient China due to its very high fertility. It extends from the west to the east, bordering on the north and south of China.

Farmers used the warm of the climate and the fertility of the soil to grow rice and other products, while animal husbandry and domestication became more important.

The difficulty of crossing the river made it the perfect place to conduct hundreds of battles, such as the “Red Cliffs“, and declare the boundaries of kingdoms.

It has a length of 2,900 kilometers. It’s known as the Black Dragon River. It’s one of the ten largest rivers in the world.

It is located in the area of Manchuria, north of China, where Siberia begins. Part of it forms the border between China and Russia.

Very important mineral resources are found in its basin. Today it is heavily exploited for its enormous hydraulic power.

Is the longest plateau river in China, and is also one of the highest in the world.

It develops through foamy waters as they fall from approximately 3,000 meters of altitude, starting from Tibet. It is common to see jumps, waterfalls and whirlwinds.

The Brahmaputra River eventually flows through India, into Bangladesh.

Also called the Hanshui River, it is one of the main tributaries of the Yangtze.

It has its main passage through the province of Wuhan, and allows the division of the city into 3 areas: Hanyang, Hankou, Wuchang. Its length is 1532 kilometers.

The length of the Salween River is 2,400 kilometers. Its fame within the southwest area of China is very high due to its many landscapes.

The source of the water is located in the Tanggula Mountains near Tibet. It flows into the Indian Ocean, through Burma.

In Canton it’s known as the Guangdong river. At 2,200 kilometres long, it is the third longest river running entirely through China.

It ends in a very important commercial area, where the cities of Hong Kong, Macao, and Guangzhou converge.

The Liao River has historically been a natural border between Ancient China and the nomadic peoples of the north such as the Manchu and Mongolians.

It originates in southern Manchuria and flows into the Bohai Sea after traveling 1,345 kilometers.

The Huai is one of the rivers in China that has undergone the most changes in its course throughout history. At first it flowed into the sea, but in the 20th century it changed its course towards Lake Hongze.

It is located between the Huang He and Yangtze rivers, with an extension of 1,100 kilometers. It is very prone to periodic flooding.

This river gives its name to the Tarim basin, near the Taklamakan desert in Xinjiang. It was very important during the Silk Road era.

It flows into the salt lake of Lop Nor, after crossing more than 2,000 kilometers.