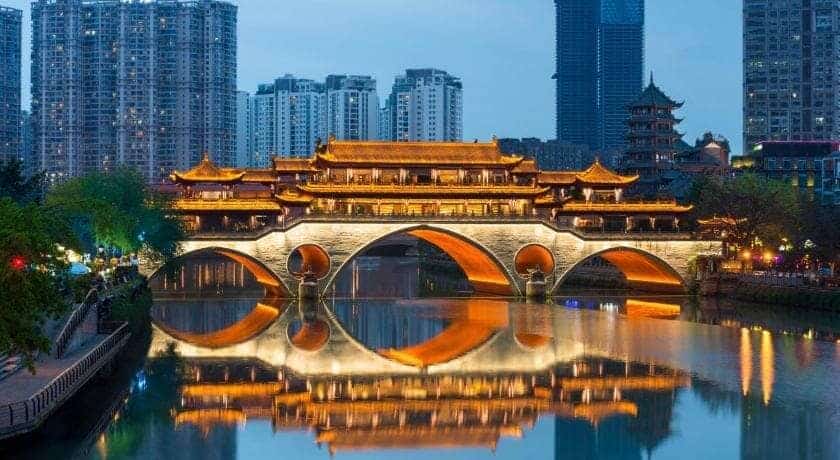 We have prepared this article to tell you about some of the best tourist places in China. Our intention is to show you a little of everything you should visit and know if you decide to travel to the People’s Republic of China.

China is one of the most important countries with the largest number of inhabitants in the world. It has an exquisite history that has shaped it to become what it is today.

Nevertheless, and although you do not know it, this Asian country has much more that to offer you that only the Great Wall of China.

Below, we are going to tell you some of the best tourist places in China that you should definitely visit, and some of them will surprise you.

Beijing: The capital of China

When talking about the best tourist places in China, we must certainly mention the capital: Beijing.

This great city is home to more than 22 million inhabitants. But besides this, it has a great amount and variety of points or places to visit that are of great interest.

One of the most relevant aspects of Beijing is that it is considered to be the perfect mix between the modern and the traditional.

There you can find architectural beauties such as the Temple of Heaven, the Forbidden City, Tian’anmen Square, or the famous Mausoleum of Mao Zedong.

In addition, you will be surprised by the amount of shops, avant-garde restaurants, and skyscrapers you will find.

Would you like to see our travel guide to Beijing?

Are you one of those bear pandas? Have you ever wanted to see one in real life? If your answer is yes to either question, then you should definitely visit Chengdu.

This city is considered by foreigners as one of the best tourist places in China.

Chengdu is best known for its many animal life sanctuaries and conservation centers for endangered species. It is in the latter that you have the chance to encounter panda bears in almost total freedom.

You will be able to see these tender animals eating bamboo. However, it is best to go in the morning, as this is the part of the day when they are most active.

You should also know that this is the capital of the Sichuan province, a place well known for its spicy cuisine, very famous throughout the country. So, if you like to eat and animals, you should definitely visit Chengdu.

Xi’an is best known for being the site of the tomb of China’s first great emperor, Qin Shi Huang Di, which is protected by its 8,000 terracotta warriors.

This work impresses everyone who sees it, as it is an overwhelming and wonderful experience. In it you can see all the warriors made of terracotta, which were created as copies of real soldiers 2000 years ago.

However, if this doesn’t sound entirely convincing for you to visit Xi’an, then you should know that this is where you will find the most traditional version of China.

It is located on the eastern edge of the popular Silk Road in Shaanxi Province.

As cliché as it sounds, it is impossible to talk about the best tourist spots in China without mentioning the Great Wall of China.

An interesting fact you should know is that it cannot be seen from space, as some people claim. However, this does not diminish its overwhelming size, as it is approximately more than 21,000 km long.

This is one of the best known and most popular places in China, which began to be built from the 5th century BC, although it continued until the end of the 15th century. It was intended to serve as a protective measure against invaders.

With the passage of time, many areas that are part of the wall were damaged, but it is surprising that the wall is still standing.

You can visit it from Beijing, if you wish, because 80 km away is the stretch of Badaling, which is one of the best preserved areas of the wall.

This is another of the most popular cities in the country and has hundreds of attractions and very interesting sites.

In fact, if you decide to visit Shanghai, you should definitely go along the Nanjing Road, which is like the most important commercial area of the city.

You should also visit the Yuyuan gardens, which have such a beautiful aesthetic that you will not stop taking pictures.

It is considered to be the largest Buddha statue in the world, reaching 71 meters in height.

It was built in the eighth century with the intention of acting as a guardian of the rivers, which were so strong and brave that could swallow any boat that dared to try to cross them.

This statue can be found near a cliff, where the Dadu, Min Jiang and Qingyi rivers flow. It is quite close to Chengdu, only a few hours away.

This statue gives all visitors the opportunity to witness the majestic presence of the Buddha replicated in stone in the middle of nature.

It is an experience not to be missed, as you will also be able to learn more about its history. That is why it is considered one of the best tourist places in China.

As you can see, China has many very interesting tourist places, and these that we have told you are not all. Therefore we encourage you to explore more about this ancient culture so interesting in our website.