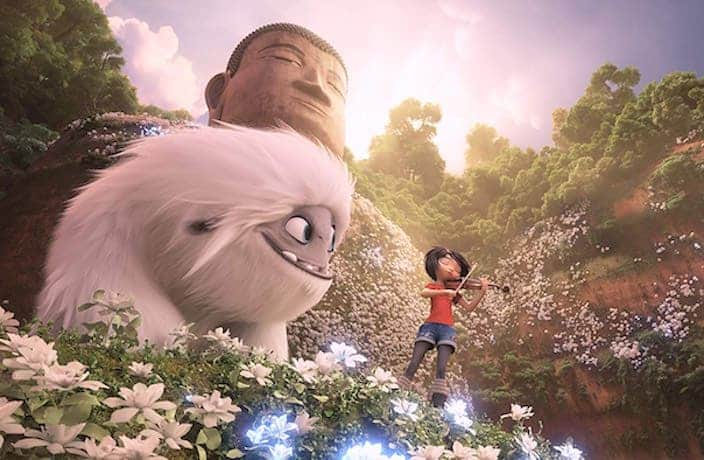 A week ago, the official trailer for Abominable (originally called Everest) was released. Children all over the world will get to know China and its famous mountain from the point of view of this Dreamworks movie.

We can also see other traditional elements in the trailer such as family value, tea, and Chinese characters. The film is about Yi, a girl who lives in Shanghai (in the trailer you can also see the skyscrapers of the big city). She finds Everest, a yeti that symbolizes the highest mountain in the world.

She, with the help of her friends, wants to take him back to the Himalayas, so that Everest can return to his family. But a secret scientific organization won’t make it any easier.

The character Nai Nai (grandmother in Chinese) is worth mentioning. It is striking that the Chinese language has been retained for the name of this character, which is effectively Yi’s grandmother, the protagonist of the film.

The film will be released in September 2019. We are looking forward to seeing it to analyze the vision of China that it is going to give to all Westerners.

But we are also sure that it generated some controversy, as the Himalayas are part of Tibet, an autonomous region of China that was independent of China until the middle of the twentieth century. Tibet today is a cultural crossroads influenced by Chinese and Indian culture.