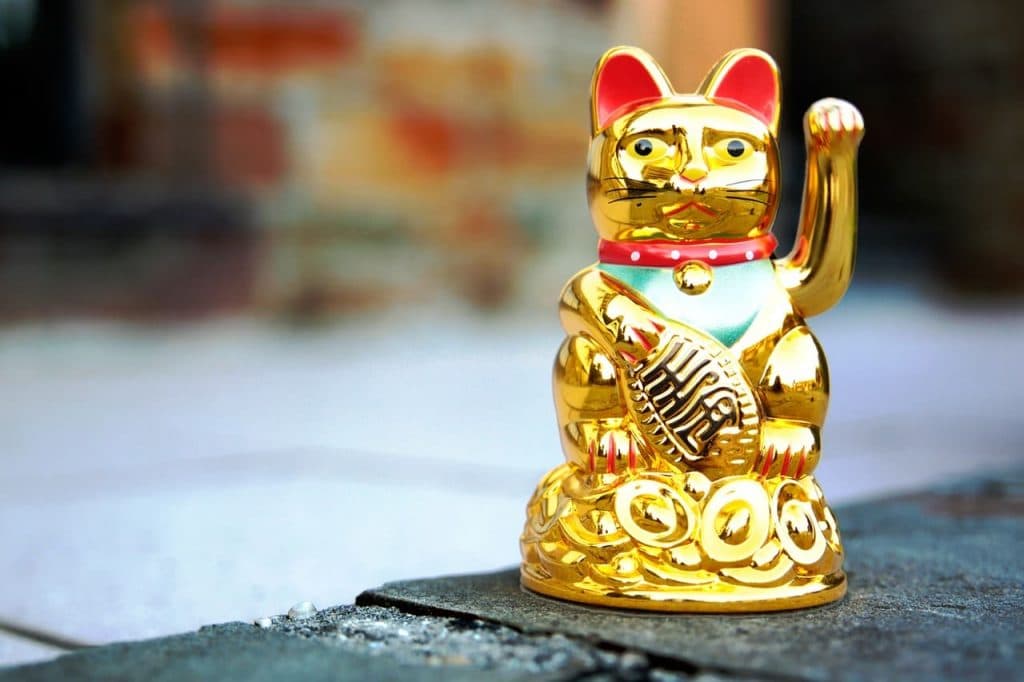 There are things that a lot of people think originate from China, but in reality they are not. Things that you might have thought originated from Chinese culture for sure. Prepare to be surprised…

Although it is true that the Chinese have also adopted it as a talisman of good luck, the cat that goes up and down the leg comes from Japan. Yes, we see them every day in the windows of Chinese stores and on the shelves of their restaurants, but these kittens are originally from Japan.

Legend has it that a samurai was sheltering from the rain under a tree, when he saw a cat that made the gesture to raise and lower the paw. The samurai curiously approached the cat, moving away from the tree, and just after, the tree was demolished by lightning.

He was saved from death thanks to the cat, so the cat was adopted as a lucky talisman. It is believed that if one of them is placed at the entrance of a trade, it will prosper.

Many people associate Buddhism with China because a large part of the Chinese population practices it. But no, neither the historical Buddha nor the Buddhist religion originated in China. Both are from India. Of course, religion later spread to much of East Asia including China and Japan.

Although it is true that he grew up in Hong Kong, Bruce Lee was born in China Town (San Francisco). At the age of 18, Bruce Lee returned to the United States.

The folding fans. Watch out, the FOLDABLES

They’re not from China. Where do you think they’re from? No, they are not from Spain either. They are from Japan. Later, in the 19th century, they brought them to Europe on the Manila galleon expeditions. Another typical element of Spanish folklore was also brought: the Manila shawl.

When we characterize the Chinese, we often represent them wearing a Chinese ponytail and a cone-shaped hat. Well, the Chinese ponytail is actually Manchu. It was imposed after the defeat of the Ming dynasty in China with the motto “pigtail or death”.

It was a symbol of the domination of the Manchus towards the Han ethnic group (majority ethnic group in China). The Manchu dynasty was called the Qing dynasty, and it was the last imperial dynasty.